jobEQ offers students the opportunity to use our questionnaires for FREE for academic research projects, under supervision of jobEQ’s R&D staff. Each year, several bachelor's and master's level students take up this opportunity. Apart from that, jobEQ’s collaboration with Vacature.com in Belgium allowed us to gather an extensive sample concerning the Emotional Intelligence of the Belgian workforce (currently more than 70,000 people have been tested). This page summarizes the findings of various projects where COMET/EQ was used.

EQ at Work
Based on the results from a sample of more than 20,000 people (June 2003), one can state that, on average, emotional intelligence tends to rise with age and that EQ is higher for persons having obtained a higher level of degree (bachelor's or master's level). Managers and executives higher up in the job hierarchy also tend to score higher on the COMET/EQ. When it comes to gender differences, we can conclude that women are slightly better at paying attention to their emotions and emotions of others. On the other hand men appear to have more self-confidence. The age differences and the differences between education levels tend to be larger than the gender differences (of course, given that the COMET/EQ questionnaire only measures competence in the work-context, which tends to be a more masculine environment, these differences might be larger in other contexts).

EQ and Diplomacy
For his dissertation in order to obtain his degree as Master of Arts in Human Resource Management (Westminster Business School, University of Westminster), Fusun Beyazkilic investigated and analyzed the link between Emotional Intelligence and effective leadership among foreign service officers of the Turkish Ministry of Foreign Affairs (TMFA). Better diplomats tended to score higher on self-confidence and emotional awareness of others. They also tend to be more flexible in their communication and at resolving conflicts. (source: “Emotional Intelligence at Work,” Fusun Beyazkilic, 2002, Unpublished Dissertation / Project Tutor: Dr. Alex Weich)

The Effect of MBA Studies on the EQ of Students
In 2002, Bieke Cabergs used COMET/EQ for a research project for her dissertation, in order to obtain a degree as Master of Applied Economic Sciences at the University of Limburg (Belgium). From this study we could conclude that the EQ of MBA students acutally tends to decrease as their studies increase. These findings are scary, but consistent with findings published by Schumacher (1974), Robert H; Frank (1988) et al. The good news is that a couple of years after their studies the EQ scores for managers starts raising again. (Source: “Emotionele Intelligentie en zijn relevantie bij de aanwerving of selectie van leidinggevenden,” Bieke Cabergs, 2002, Unpublished Dissertation / Project Tutor: drs M.Vaes)

EQ and the Military
In 2004, Séverine Spillier studied the effects of Emotional Intelligence for the dissertation for her degree in social and aeronautical sciences at the The Royal Military Academy of Belgium. She compared male and female students at the Academy as well as lower and senior officers. Significant findings included that when younger officers are compared to junior managers, the officers tend to score lower on variables such as “recognizing and managing their emotions” as well as “paying attention to emotions of others”. But this difference disappears for senior officers. Senior Officers tend to score higher on these variables, as was the case for senior management. (Source “Utilité d’intelligence Emotionelle pour les fonctions de cadre à La Défense”, Séverine Spillier, 2004, Unpublished Dissertation / Project Tutor: Dr M.J.Leysen)

360° Testing
In several of the research projects (e.g. Cabergs, 2002 / Fusun Beyazkilic, 2002) we found that the 360° feedback use of the questionnaire is much more reliable than a self-assessment use. This is consistent with what one can expect for behavior-based measurements, where persons tend to overrate their abilities. Therefore we recommend to use behavior-based interviews when recruiting people (when 360° feedback is not feasible), instead of administering this type of questionnaire.

Is more EQ better? It depends!
In early 2005, two small-scale research projects, studying the effects of emotional intelligence on leadership and coaching skills were done in collaboration with a large company in the consumer goods industry. From preliminary findings, we can conclude that the COMET/EQ questionnaire can predict over 90% of the variability obtained on the 360° feedback instruments used to leadership and coaching competencies. However, strangely enough, a better knowledge of one’s own emotions does not contribute to a higher score on these competencies as defined by this company. Even more surprising is the finding that having more empathy (attention for the emotions of others) correlates negatively with the leadership and coaching competencies in this organization. In other words, it seems that Emotional Intelligence is not a critical skill in that organization.

However, these findings are consistent with some observed effects of Emotional Intelligence training at several large organizations that are active in the ICT sector. For this reason, jobEQ recommends to develop custom competency tests based on proven success inside an organization, rather than the use of "standard questionnaires.” (Source: Master level research projects at the VLEKHO Business School, Brussels, Belgium).

If you are interested in using COMET/EQ or any other jobEQ tool for a research project, or if you have questions regarding any of these projects, please Contact jobEQ. 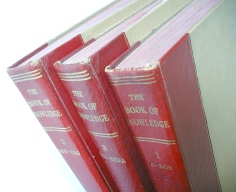 jobEQ Products Overview
Once you understand the research, you can appreciate how jobEQ's products provide the best way to research people in the work environment.